Missouri is the first state in the nation to start regulating labels on meat substitutes that are grown in labs or made from plants. 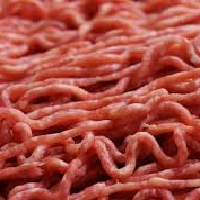 According to the Missouri Department of Agriculture, Senate Bill 627 amended the Missouri meat advertising law to prohibit “misrepresenting a product as meat that is not derived from harvested production livestock or poultry.”

Mike Deering is executive vice president of the Missouri Cattlemen’s Association, an organization that was in favor of the law passing.

He says the revised law did not change the definition of the word ‘meat’, but instead is differentiating the labels of products with beef and chicken, from ones that are laboratory grown of are made from plants.

“It’s simply marketing with integrity, being honest with the consumer,” Deering says. “Making sure the consumer can clearly see what they are buying. It is not at all intended to degrade or disparage other products.”

“I do think that transparency and labeling is very, very important for any product,” Brown said.

At first, Brown was concerned about the updates to Missouri’s meat labeling law, but after reading up on how it is being implemented she found out all of her products were in compliance with the changes.

“Prominent statements such as veggie, or plant-based those are on the front of the packages and I didn’t have to pull anything from my shelf and I have not had to contact manufacturers,” Brown says. “I don’t feel that our customers were confused in that way. Generally, if someone is looking for a veggie burger they are going to make sure that it doesn’t have meat in it.”

While some plant-based products may be affected, Deering says the updated law is mainly concerned with the quality of lab-grown meats.

“For us, it really boils down to food safety,” Deering says. “If there is a recall, someone gets sick from a product they thought it was beef, let’s say it was the lab-grown, the beef market is going to crash. And it’s going to be the farm and ranch families who work hard every single day to provide the most wholesome, nutritious and affordable food possible who is going to pay the price for that.”

Whether the new law stays or is thrown out, Brown believes there will still be a market for vegan substitutes.

“That is a conscious decision people are going to make for their ethics or their health, whatever it is and they are going to seek out those products.”

Deering also says France passed a similar law in their country before Missouri did and that other states like Kentucky and Tennessee are also considering whether to update their own meat labeling laws.