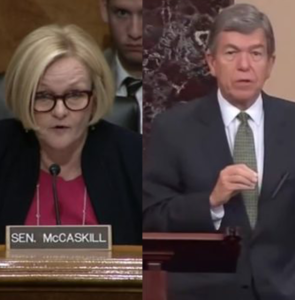 Missouri Republican Roy Blunt is likely to support Kavanaugh. McCaskill, a Democrat who faces a tight re-election bid in November, has not disclosed her position.

Both parties are expected to maximize on the confirmation process to tell voters what is at stake in November’s General Election. During the campaign trail, Trump said he wanted to promote judges with a pro-life background who would defend gun rights.

The Trump administration has released more than 400,000 documents from Kavanaugh’s work, but Democrats are condemning Trump for not handing over all related paperwork.