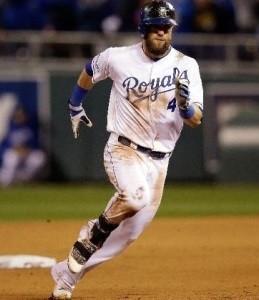 Jorge Lopez allowed one run over seven innings as the Royals won 9-1 to complete a sweep of the Orioles in Kansas City.

Lopez struck out a career high eight and walked none as the Royals won their fifth straight.

Alex Gordon and Alcides Escobar each contributed three hits and drove in a run.

The Orioles dropped to a major league-worst 40-and-97.