(NASCAR)—Brad Keselowski grabbed a razor-thin lead coming out of the pits after the last caution flag at Darlington, expanded it on the restart and came home the winner of the Southern 500, one of NASCAR’s most cherished races. 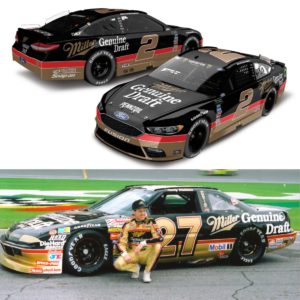 Keselowski called the victory the biggest NASCAR win of his career. His car carried the colors used by Rusty Wallace, who became the only Missourian to win NASCAR’s top championship while driving for Raymond Beadle. He used the same color scheme in 1990, the year he started his sixteen-year career with Penske Racing. He won the 600-mile race at Charlotte and another race that year with this paint scheme. 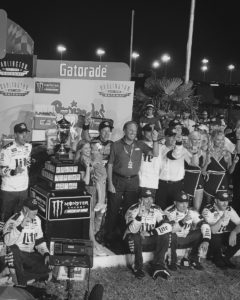 Wallace now helps call NASCAR races for the Motor Racing Network.  He left the booth after the broadcast to join Keselowski and his team in victory lane. “It means a lot to me,” he said. “This is a team thing and I’m happy for the team.”  Keselowski’s win is the first for Penske Racing at Darlington since 1975.  Wallace, a St. Louis native and NASCAR hall of famer, had 55 wins in the Cup series, thirty-nine of them after joining Penske in 1990.  He retired in 2005.

Darlington is NASCAR’s annual throw-back race.  Most of the cars carry special paint jobs reminiscent of cars or trucks of the past. 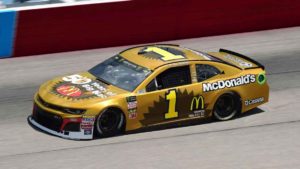 Jamie McMurray’s car paid tribute to Bill Elliott’s McDonalds 50th anniversary car of 1998.  McMurray’s engine let go before he had completed a single lap in practice and he started 31st in the forty-car field.  At one point he was down a lap but rallied for one of his most solid runs of the year and came home ninth, only his fifth top-ten in a disappointing season.  McMurray must win next weekend’s Brickyard 400 to get in the playoffs this year.  He did win at Indianapolis in 2010. 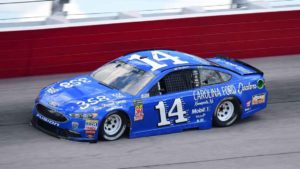 Clint Bowyer’s car was a salute to Ned Jarrett’s 1965 winner of the Southern 500 at Darlington, a year in which Jarrett won thirteen races and his second series championship.  Bowyer’s night ended 58 laps short when he rear-ended Ryan Newman as Newman slowed to head for the pits.

(IndyCar)—Takuma Sato picked up his first IndyCar victory since the 2017 Indianapolis 500, beating Ryan Hunter-Reay to the finish at Portland by six-tenths of a second.  Sebastien Bourdais took the other podium position. 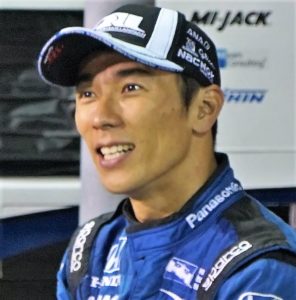 Sato was in the right place at the right times when late-race cautions came out.  He had started twentieth but took the lead with twenty-five laps left when Alexander Rossi and Josef Newgarden decided to pit under yellow and never let go of it.

The three main contenders for the points championship all ran into trouble during the race. Last week’s winner at Gateway, Will Power, developed transmission trouble early, crashed into the tire barrier, incurred a pit-road speeding penalty, and finally was sidelined by transmission failure.

Alexander Rossi, who had been surging in the points, lost ground because of the timing of an incident that brought out the yellow flag.  He had to fight his way back to eighth.

Points leader Scott Dixon, who began the race far back because of poor qualification, was involved in an early crash that stirred up so much dust and dirt that he drove into a zero-visibility situation.  He managed to stop his car before hitting anything or being hit, and finished fifth.

The race marked a return by IndyCar to the Northwest.  The series had not raced there since 2007.

IndyCar wraps up its season in two weeks with the Grand Prix of Sonoma.  The race awards double points.  Dixon takes a 29-point lead over Rossi going into the race. Power and defending series champion Josef Newgarden are tied for third, 87 points behind.

Vettel and Hamilton tangled earlier in the race, causing Vettel to stop for repairs. He blamed Hamilton to the shunt but race stewards saw no reason for a penalty and other observers felt the incident was Vettel’s fault.

The result leaves Hamilton with more than a one-race lead over Vettel in the points, 356-226.  An F1 victory is worth 25 points.

Next up: the Grand Prix of Singapore next week.