You are here: Home / Crime / Courts / Missouri state troopers will be visible during the Labor Day weekend (AUDIO)

You will notice extra Missouri State Highway Patrol troopers on the road and water during this Labor Day holiday weekend. 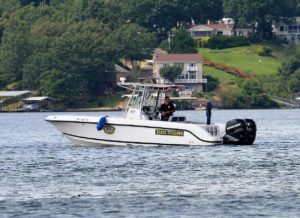 Troopers are participating in Operation C.A.R.E., which stands for crash awareness and reduction effort.

Highway Patrol Captain John Hotz is encouraging you to drive and boat responsibly.

“This is kind of the last big weekend of the year, kind of the unofficial end of summer, and so we know there’s going to be a lot of additional traffic out there,” Hotz says.

Captain Hotz says 11 people were killed and another 265 were injured in Missouri during the 2017 Labor Day holiday.

“Well you look at that (statistic) and basically there was a person killed or injured every 12.4 minutes, so we know again there’s going to be a lot of additional traffic out there and we’re just asking people to take a little extra time,” says Hotz.

This year’s holiday counting period begins at 6 Friday evening and ends at 11:59 Monday night, which is Labor Day.

Hotz says troopers are being stationed at 20-mile intervals on Friday on several interstates across Missouri, as part of Operation C.A.R.E.

It’s traditionally one of the busiest travel days of the summer.

“You’ll see troopers out there patrolling Missouri roadways, all available troopers will be out there, not only enforcing Missouri’s speed limit, seat belt laws as well as impaired driving laws,” Hotz says.

There are also extra troopers on the water this weekend, including the Lake of the Ozarks.

Troopers are urging you to wear your life jacket.

Click here to listen to the full interview between Missourinet’s Brian Hauswirth and Missouri State Highway Patrol Captain John Hotz, which was recorded on August 30, 2018: