You are here: Home / News / Missouri prisons reported to still be plagued by corrosive culture; Department says changes in progress

Anne Precythe is roughly 18 months into her tenure as Director of Missouri’s Department of Corrections (DOC). 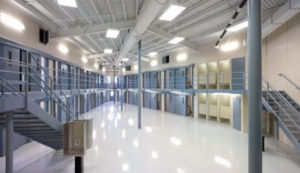 The problems she was charged with addressing have not gone away, according to some individuals close to the prison system.  In fact, it’s being claimed they’ve gotten worse.  The Director maintains progress is being made to address ongoing issues which will take time to resolve.

Precythe replaced Director George Lombardi in February 2017 after a newspaper story revealed a prison culture of harassment, intimidation, and retaliation that resulted in at least $7.5 million in lawsuit settlements being paid out by the state over a four-year period.

A special state House subcommittee was formed.  It held a hearing and made recommendations, many of which were implemented, such as a 24-hour hotline for employees to report problems and the creation of the Office of Professional Standards.

Gary Gross is the Director of the Missouri Corrections Officers Association, the union that represent the two lowest levels of corrections officers.  He says the changes made under Precythe haven’t been effective, including the 24-hour hotline.  “It doesn’t work, it doesn’t amount to anything,” said Gross.  “People call in there all the time and they don’t get any results.”

Precythe contends the hotline is used by employees and their concerns are investigated.  “We have gotten hundreds of calls on our hotline,” says Precythe.  “Some have turned out to be true.  Some have not.  A lot of calls we got were just people calling to see if the hotline was working and would they get a callback.  And they did.”

A PDF file of roughly 11 months’ worth of calls into the hotline, known as the C.L.E.A.R. hotline, provided by DOC showed roughly 100 calls, although there were numerous hang-ups.

Among the issues discussed that were referred onward in the department for attention were complaints about the well documented cultural problems – hostile work environment, harassment, sexual harassment, nepotism, unprofessional conduct toward an offender, retaliation on an offender.  The department did not provide Missourinet with specific outcomes from the complaints.

Precythe says employee grievances from all state prisons are addressed at the Department’s headquarters in Jefferson City where a determination is made as to whether they rise to the level of employee misconduct or violations involving civil rights or prison rape.

Culture Problem Starts at the Top

Caroline Giammanco is a former teacher at the South Central Correctional Center in Licking.  She says the culture of fear and retaliation starts with top administrators, describing a system in which employees are pitted against each other.

“It’s the wardens telling you, ‘You better be watching everybody around you because there are people who are reporting on you, and you better report on them if you see anything,” says Giammanco.  “And the wardens are getting that from their higher-ups.”

Although Giammanco is no longer working for the department, she says she keeps in touch with current employees.  She claims administrators are strongly discouraging employees from speaking out about problems.

“There are still employees who are still going around at the very highest levels, threatening employees and telling employees who don’t want to be identified, but who I’ve spoken to that they have the ears of the legislators and ‘Good luck trying to complain about it,” Giammanco says.

DOC spokesperson Karen Pojmann says she doubts such behavior is ongoing at the top level in the prison system but added she can’t say for sure it doesn’t exist.  She states that it takes time to change an ingrained culture and notes the department is hopeful a new supervisor training program developed with Jefferson City based Cardin Group consulting firm called “Corrections Way” will improve interaction with staff.

In February, the DOC director testified before the special House committee and touted major management and leadership changes. Precythe said 17 of the state’s 21 adult prisons had some form of change at the top, including 11 prisons were are being headed by new wardens.

Gross acknowledges there had been some resignations and retirements among wardens but says the corroded culture at the institutions didn’t change because the outgoing wardens were replaced by deputy wardens who were simply promoted.

DOC spokesperson Pojmann countered that leadership has changed dramatically, adding that 20 of the 21 prisons has seen the replacement of one or more people at the administration level.

Former prison teacher Giammanco is married to an inmate at the Western Missouri Correctional Center in Cameron.  Keith Giammanco has been referred to as the Boonie Hat Bandit.

He was given a 20-year sentence after being convicted of robbing 12 banks in 2007 and 2008, although he claims he never brought a weapon or threatened to kill anyone.

Keith Giammanco contends the shortage of prison guards has reached epidemic proportions.  He says it’s an everyday occurrence for employees performing other jobs to be brought in to cover guard shifts.

Department spokesperson Pojmann argues that there’s no truth to the implication that unqualified people are working as corrections officers.  She says individuals who start off as guards often advance or move to other departments within the correctional facility but maintain their training level and their eligibility to work as corrections officers.  Pojman says those employees often choose to work overtime shifts as guards.

Both Pojmann and Director Precythe readily acknowledge that understaffing is a chronic problem within the prison system.  Spokesperson Pojman points out the pay for corrections officers is not competitive and the institutions are in small rural locations which makes it tough to recruit personnel.

Gross with the Corrections Officers Association contends employee pay will have to be substantially increased if staffing problems are to be addressed.  He notes the average pay nationally is $38,400 for corrections officers while starting pay in Missouri $29,500.

Gross says pay will have to be boosted by $8,400 before that state can become competitive.  “Missouri needs to get up in that range if they ever want to have a stable, successful workforce,” says Gross.  He dismisses a wage increase passed by the legislature this that totals $1,050 for corrections officers as insufficient.

As of July 31st, there were 10,257 employees within the Department of Corrections according to the state Office of Administration.  Roughly 5,000 of those workers are corrections officers.  Gross says the number keeps shrinking because the turnover rate dwarfs recruiting academies that have their own attrition issues.

Department Director Precythe says the prison workforce is being hindered by the strong economy but plans to negotiate with lawmakers for better wages.

“We are looking forward to moving into this next legislative session and being able to talk with the legislature about pay increases for staff, and (figuring out) how we can compete with the private sector and the public sector, so that we can increase our pay, and then we can really begin to retain and recruit staff,” Precythe says.