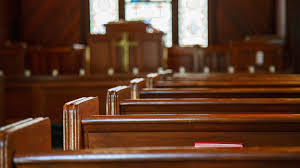 “We intend to gather extensive evidence from the church, as well as from victims, their families, and other persons. I am firmly of the view that full transparency benefits not only the public, but also the church and most importantly, it will help us expose and address potential wrongdoing and protect the vulnerable from abuse,” he says.

The Springfield News-Leader reports that the diocese of Springfield-Cape Girardeau is launching its own independent inquiry going back more than 50 years.

The Catholic church has been facing growing public pressure since a report was released last week by a Pennsylvania grand jury identifying more than 300 priests as sexual predators. The report went on to say more than 1,000 children were abused while the church spent decades covering up the crimes.

“We will go where the evidence leads us,” Hawley says. “I want to begin to get a look at the evidence and see what it shows in terms of current practices, in terms of historical practices. We want to be thorough and while no report can be comprehensive for all time, for all persons, we want to be able to give to the public and to other prosecutors a thorough report of the situation as it stands and something that the public can have confidence in.”

Hawley, a Republican running for the U.S. Senate, says state law gives local prosecuting attorneys the power to subpoena or convene a grand jury to review clergy sexual abuse allegations, but the diocese can voluntarily let his office investigate them.

His office’s investigation will conclude with a public report and recommendations of charges against clergy members suspected of sexually abusing any individuals.