Another Missouri county is debating whether to sue drug manufacturers for the burden the opioid crisis has placed on its community. Ed Douglas, the presiding commissioner of Livingston County in northwest Missouri, says the county commission could join a national lawsuit against addictive prescription drug makers. 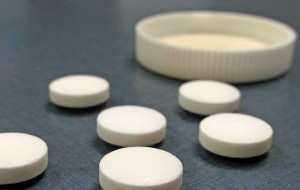 Several other Missouri counties have also filed lawsuits against drug manufacturers contending that the opioid epidemic burdens their areas with hospitalizations, incarcerations and emergency responses, among other things.

“There has been harm to the county. I can tell you our jail costs are higher because of that. Most of our jail costs are related to drug use,” Douglas tells Missourinet affiliate KCHI in Chillicothe. “Now not all of that is opioid use but a significant part of it is.”

He says he’s in the process of trying to find out how many deaths opioid misuse has led to in Livingston County.

“It’s significant. Our prosecutor was able to think of about eight that he could remember in the last five or six years. I’m actually going to check with our coroner to find that out too,” he says.

In 2015, the county recorded 117 opioid prescriptions per every 100 residents.

Douglas says there would not be upfront costs to join the suit.

Missourinet affiliate KCHI in Chillicothe contributed to this story.