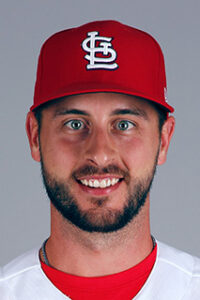 Paul DeJong and Matt Carpenter hit home runs in a five-run second inning as the Cardinals blanked the Royals 7-0 in Kansas City.

Austin Gomber allowed four hits over five innings for the win. The Cards have won five-of-six.

Burch Smith surrendered five runs in an inning-and-two-thirds to take the loss for KC.

Lucas Duda and Brett Phillips had two hits each for the Royals, who have lost seven-of-eight.