You are here: Home / Military / Chillicothe to put up signs designating it as a Purple Heart City

Chillicothe is placing signs soon to show its support for America’s soldiers who have received the Purple Heart medal. City Administrator Darin Chappell tells Missourinet affiliate KCHI in Chillicothe the signs will state the northwest Missouri town is known as a “Purple Heart City” to pay respect to the medal recipients who have been wounded or killed in combat. 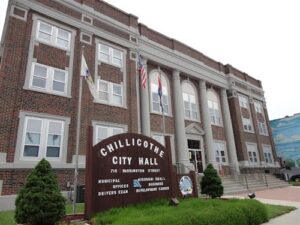 “It’s something that many communities across the state have done,” he says.

Missouri has more than 120 cities, villages, counties and organizations recognizing Purple Heart medal soldiers in such a way.

Chappell says the declaration process is more than a year in the making.

The signs will go up at the city limits.

Tom Tingerthal of Missourinet affiliate KCHI in Chillicothe contributed to this story.