You are here: Home / Sports / Gant, Carpenter lead the Cardinals past Miami 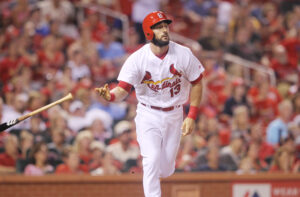 John Gant was sharp on the mound for the Cardinals in a 7-1 win over the Marlins in Miami.

Gant allowed just two hits and one run over six innings to get the win.

Yadier Molina and Matt Carpenter both homered in the win. Molina added a two-run double as St. Louis took the rubber match of the three-game series.

Miguel Rojas singled in the lone run for Miami to tie the game in the second. Trevor Richards was charged with the loss. The Fish have lost eight-of-nine.