Missouri’s U.S. Senator Claire McCaskill has been named as the first target of Russian interference in the 2018 election. 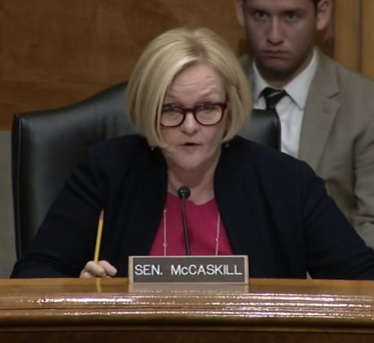 The Daily Beast reports an intelligence wing of the Russian military known as GRU tried to lure McCaskill staffers into compromising information.

According to the news site, Russian hackers sent forged notification emails telling staffers their Microsoft Exchange password had expired and instructing them to change it. If the staffer clicked on the link, he or she was taken to a fake login page to access Senate email and other services through a Microsoft operating system.

The Daily Beast reports there’s no evidence that any McCaskill staffers were lured into the scheme and the purpose of the effort is unclear.

The news site says it identified McCaskill as a target while investigating public comments by a Microsoft vice president who said a court order had allowed Microsoft to prevent a phishing campaign against three midterm election candidates, who he declined to name. Microsoft Vice President Tom Burt appeared last week at the Aspen Security Forum in Colorado.

According to the Daily Beast, the hacking attempt against McCaskill’s office was a variation of a password-stealing technique used by Russian hackers against Hillary Clinton’s Presidential campaign chairman, John Podesta, in 2016.

McCaskill has been an outspoken critic of Russian interference in U.S. elections.  She released a statement last evening stating the attack on her office was unsuccessful and called Russian President Vladimir Putin “a bully”.

“Russia continues to engage in cyber warfare against our democracy,” said McCaskill.  “I will continue to speak out and press to hold them accountable. While this attack was not successful, it is outrageous that they think they can get away with this. I will not be intimidated. I’ve said it before and I will say it again, Putin is a thug and a bully.”

President Trump has grudgingly acknowledged Russian interference in the 2016 election at times but often backtracks and claims there’s no evidence of Russian meddling.  Most notably, the President said he had “no reason” to believe the country would interfere with U.S. elections while appearing with the Russian leader at a summit earlier this month in Helsinki, Finland.

In the last week, Trump tweeted that he feared Russians would intervene in the 2018 midterm elections on behalf of Democrats.

McCaskill is one of 10 vulnerable Senate Democrats who are up for re-election this year in states that Trump won in 2016. Her likely Republican challenger is state Attorney General Josh Hawley, who recently appeared with President Trump at an appearance in Kansas City.

McCaskill holds a one-point advantage over Hawley in an average of all polling calculated by RealClearPolitics.