You are here: Home / Crime / Courts / Groups at opposite ends of political spectrum hosting panel on mass incarceration

Two organizations that are often on opposite sides of political issues have joined forces for a panel discussion Friday evening. 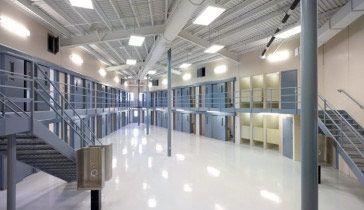 Americans for Prosperity (AFP), the libertarian group bankrolled by the billionaire Koch network, and the American Civil Liberties Union (ACLU), which defends the Bill of Rights and has been associated with progressive policies, have teamed up to host a bipartisan panel to discuss ways to end mass incarceration in Missouri.

Jeffrey Mittman, Executive Director of the ACLU of Missouri thinks the rate that people are imprisoned in Missouri reflects a national problem.  “Unfortunately, the United States over incarcerates.  We are the worst offenders in the world in terms of the kinds and numbers of people we put behind bars,” said Mittman.  “This destroys families.  It’s racially targeted.”

Joining the discussion will be a bipartisan group of five Missouri state House members; Republicans Shamed Dogan of Ballwin and Jean Evans of Manchester, along with Democrats Bruce Franks of St. Louis, Tracy McCreery of Olivette and Peter Merideth of St. Louis.

Dogan and Franks offered legislation this year in Jefferson City that dealt with crime and imprisonment.  Franks authored a resolution that cleared the General Assembly and was signed by the governor to declare youth violence as an epidemic in Missouri.

Dogan introduced a successful bill that could implement policies the panel will likely discuss Friday evening.  Dogan was also a member of the Justice Reinvestment Task Force.  It was created by an executive order issued by former Republican Governor Eric Greitens who prioritized prison reform while he was in office.  The 22-member task force studied the state’s criminal justice system and looked over an analysis and recommendations prepared by the Council of State Governments (CSG) Justice Center.

The Council formulated its analysis based on data provided by various state and federal agencies as well as nonprofit organizations.  Several of its findings reveal the challenges facing the criminal justice system in the Show-Me State.

Missouri has the eighth-highest incarceration rate in the country according to the Justice Center.  The rate has increased 4% since 2010, while the national incarceration rate has declined by 8%.  The state’s female prison population is the fastest growing in the nation.  Between 2010 and 2015 it increased by 33%.  Between 2010 and 2016, the increase in the arrest of females outpaced that of men by a five-to-one ratio.

The (CSG) Justice Center’s analysis further found that if the trend is not reversed, Missouri will need to build a new male prison and a new female prison by mid-2023, at a cost of $485 million.

Jeremy Cady with American’s For Prosperity Missouri wants the Friday panel discussion to focus on reducing the prison population by helping individuals that get released to reintegrate back into society.  “It costs us less,” said Cady.  “It puts less of a strain on our prison system.  And it’s better for them, it’s better for their families.  They get to live a fulfilling and prosperous life instead.”

The analysis calculates that implementation of the policy framework will help the state avoid $485 million in prison construction and operating costs by reducing the growth of the inmate population by 3,090 people.

Mittman with the ACLU of Missouri thinks the panel discussion will offer an alternative to bad policies that contributed to mass incarceration.

“Unfortunately, there have been those in the past who have gone to fear-mongering and talked about things like ‘Three strikes, you’re out’ or ‘Lock’em up,” Mittman said.  “That’s not helpful. What we want to talk about is ‘What is public safety. What is good policy.”

The (CSG) Justice Center analysis contends the state could realize a net savings of $296.25 Million over 5 years with reinvestments in six key areas including Community Based Behavioral Health, Law Enforcement Grants, and IT Upgrades.