You are here: Home / Agriculture / Missouri farmer responds to Trump’s bail out for producers caught up in trade war

The U.S. Department of Agriculture says it will provide $12 billion in emergency aid to farmers suffering from the country’s trade war. The agency says the dollar figure is in line with the estimated $11 billion impact of the retaliatory tariffs on U.S. agricultural goods. 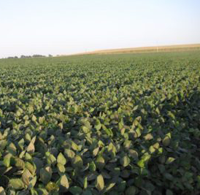 The plan – expected to be ready in September – will include direct payments to farmers, a program purchasing food for nutrition programs and food banks, and efforts to promote U.S. products abroad. Ag Secretary Sonny Perdue says the programs are a short-term solution to give President Donald tTrump time to work on a long-term trade deal.

“There are some guys that are going to be looking at some hardships at the end of the year,” Kirby tells Brownfield Ag News. “Hopefully this package will contain some things that will help.”

Kirby says the industry has worked for decades to maintain and build long-term markets for corn and other ag products. He adds that farmers need resolution to more than one trade issue.

“It’s not just China that we’re talking about here,” says Kirby. “Mexico is a key, key corn customer of ours, so we’ve got a lot of issues to fix.”

Tom Steever of Brownfield Ag News contributed to this story.