According to the State Highway Patrol, some 18,000 vehicles were stolen in Missouri in 2016. The state’s 2017 car theft figures have not been finalized but they are expected to increase even more. A new report shows Missouri joins the rest of the nation in experiencing a climb in the number of cars stolen with the Show-Me State’s major metro areas particularly having vehicle theft problems. Kevin Gamble with State Farm Insurance tells Missourinet the number of auto thefts has been trending upwards in the United States since 2016. 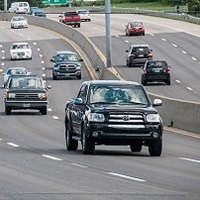 “Property crime, in general, in the United States has dropped considerably over the last couple of decades but vehicle thefts specifically have not dropped to the same extent,” he says.

Last year, Kansas City had the most car thefts with more than 9,700. St. Louis followed with about 8,100. Gamble says the two major cities have traditionally had similar figures.

The report, conducted by the National Insurance Crime Bureau, also tracks the theft rate or number of vehicle thefts per 100,000 population. For the first time, it ranks St. Joseph and Springfield in the top ten.

“Some aspects of this time of crime activity are the familiar ones – break-ins, individuals having their vehicles stolen,” Gamble says. “But to some extent, we’ve seen trends where thieves had had to become a little more resourceful because of all the additional security features that are built into cars now. In some cases, you’re seeing them shift their targets to things like rental car fleets, more sort of identity theft type of crimes or falsifying vehicle titles, things of that nature. There may be some emerging trends in the types of thefts that are happening along with the overall amount of crime that is going on.”

Gamble says the most frequently stolen cars are Honda accords and civics and Ford and Chevy full-size trucks.

“Those are traditionally frequently stolen vehicles,” he says. “Many different model years are high in the list of stolen vehicles. As far as newer models of vehicles, the Toyota Camry and the Nissan Altima are some of the top stolen cars, but overall for make and model it’s the Hondas and the Ford and Chevy pickups.”

Gamble says the average loss per car theft is about $7,600.

“That’s a pretty big impact individually on consumers. When you consider that adds up to potentially tens of thousands of thefts in the state of Missouri and nearly 800,000 across the country, there’s a big impact on the economy from this activity,” he says.

Gamble says nearly 30,000 vehicles a year are stolen with the keys left in the cars.