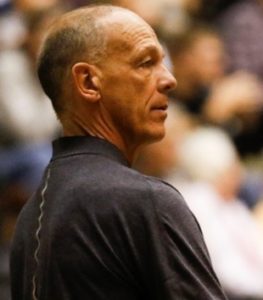 Wayne Kreklow has an interesting story to tell.  He and his wife Susan will be entering their 19th year as coaches of the Mizzou volleyball program.  Coming off back-to-back Sweet 16 appearances in the NCAA Tournament, Wayne is cautiously optimistic about the season with many young returning players and a big crop of transfer student-athletes coming in.  I talk to Wayne about the season, but I really wanted to know how the Kreklow’s have been able to survive a marriage and coaching together?

Wayne laughingly tells me while they have their moments like any married couple, they’re a great balance for each other on the court.

Did you know when the Kreklow’s came to Mizzou from Columbia College, Susan was actually the head coach for the first few seasons?  I ask Wayne how did he squeeze his way into the head coaching position?

You may not know this, but Wayne actually played in the NBA and was part of the Boston Celtics 1980-81 NBA Championship run.  In fact, Wayne played a valuable piece in that season and he jokes he may have done it illegally.

Kreklow shares his thoughts on coaching young women now as opposed to 15-20 years ago and what it takes for an athlete to succeed.  I hope you enjoy our conversation.