A 2017 review by State Auditor Nicole Galloway’s office uncovered a billing scheme at the Putnam County Memorial Hospital in northeast Missouri. A follow-up audit by her office has determined that the hospital’s board has ended its agreement with a lab company involved in a practice of funneling millions of dollars through the hospital and reducing it to what Galloway said was essentially a shell organization for labs across the country. 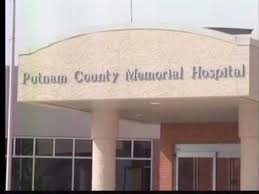 “Our audit revealed a billing scheme that we now know extends well beyond Putnam County Memorial Hospital and could impact healthcare costs for all of us,” Galloway says. “I’m pleased to see that action has been taken to end this questionable activity in Putnam County. The citizens that rely on this hospital deserve legitimate solutions that ensure the ongoing availability of acute care.”

The questionable activity began in September 2016, after the Putnam County Hospital Board hired David Byrns and his company, Hospital Partners, Inc., to take over day-to-day management of the hospital.

Galloway’s follow-up report revealed the board terminated the management agreement with Hospital Partners, Inc. as of February 2018. The board continued to pay a company affiliated with Hospital Partners, Inc. for billing services, and paid at least 10 other labs for billing and lab management fees through April 2018. More than $20 million went to these companies and their affiliates between July 2017 and the termination of the billing agreement.

The 2017 audit also found the hospital was paying the salaries of 33 employees from around the country to conduct lab work. Galloway says the “employees” were removed from the hospital payroll in October 2017. The board is working with attorneys to study these payments and determine whether any money can be recovered.

“This scheme was presented as a way to address the financial condition of the hospital, but today, the revenues and the cash balance of Putnam County Memorial Hospital remain the same as before the hospital started serving as a shell company for these billings,” Galloway says. “The board is working to prioritize responsible oversight of hospital operations and continues to search for a long-term solution, but faces a lot of unknowns.”

According to Galloway, Putnam County Memorial Hospital remains in poor financial condition. She says the board is working to boost revenues through legitimate lab activity, which includes processing lab specimens for a small hospital in Arkansas. The board is working with a consulting firm to analyze finances and management options, and is considering whether to offer substance abuse services to address an ongoing need in the area.

After the audit, the board hired an attorney to help ensure adequate review of future contracts. A long-term hospital employee is now serving as the CEO.