Among the numerous bills Republican Governor Mike Parson has signed while traveling the state in the past week was one impacting 911 service. 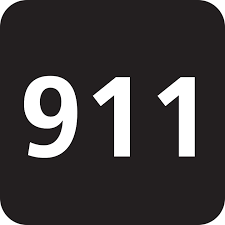 House Bill 1456 gives every Missouri county the option to impose a tax on any device that can contact 911, including cell phones.

The measure sponsored by Republican Representative Jeannie Lauer of Kansas City suburb Blue Springs is designed to offer more funding options for 911 services. Missouri is currently the only state not collecting fees on wireless devices to help finance 911 operations, even though the overwhelming majority of 911 calls are made on cell phones.

“Everyone is structured a little bit differently,” explained Schwartze, “We have different funding mechanisms, and we wanted to give another option on the county levels so that they could choose what’s best for them to fund their 911 system.”

In the past, counties funded 911 services through landline fees.

“But of course landlines are dwindling and decreasing, and has been for 10-15 years,” Schwartze said.

Some counties choose to fund their 911 programs through a sales tax, but many are still relying on landline fees.

“So another option now is to kind of capture or collect some of those taxes and fees for the wireless devices,” said Schwartze.

And now that this bill is signed into law, a county can decide if they want to choose between these three options: have a sales tax, continue with their landline fees, or receive up to a dollar fee through wireless carriers.

“There’s a lot of counties across the state that could capture or receive up to a dollar on wireless devices that connect and can call 9-1-1 so they can properly be funded,” said Schwartze.

Representative Lauer’s nearly 40-page piece of legislation deals with multiple aspects of emergency dispatch and 911 services. Among other things, it authorizes certain large counties in metro Kansas City and St. Louis to use all or part of fees from the emergency telephone tax for central dispatching of emergency services.