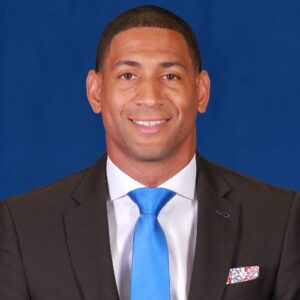 MSU’s first-year head coach noted the NCAA paperwork is now complete for all three transfers who are all officially enrolled at Missouri State.

“For our staff and for our program, it is great to add players who meet our immediate needs and play at high level,” Ford said. “We have added three solid transfers who each bring a unique skill set to our team, including two who have tasted the NCAA Tournament this year. We are very excited about the future of Bears basketball.”

Webster (G, 6-4, 175, Sr., St. Louis, Mo., CBC High School, South Plains (Texas) College) is a Missouri native and post-graduate transfer from Texas Tech. He will be able to play immediately at MSU with one season of eligibility remaining. He saw action in 26 games in 2017-18 at TTU, including a stint in the NCAA Regional final in Boston against eventual national champion Villanova. His sophomore season at South Plains (Texas) College, he averaged 9.1 points and 7.1 assists while connecting on 58.4 percent of his field goal attempts for a team that finished third at the NJCAA national tournament. He was rated as the No. 1 junior college point guard by 247Sports.com as a sophomore and posted a remarkable 4.4 assist-to-turnover ratio. He was also pivotal in CBC’s Missouri Class 5 title run in 2014.

“Josh is a true point guard in every sense of the word” said MSU assistant coach Jase Herl. “He played for Hall of Fame coach Steve Green in junior college and another great coach in Chris Beard at Texas Tech. He is a natural leader and understands what it takes to win.”

Da Silva (F, 6-8, 210, Jr., Formiga, Brazil, Arlington (Texas) Country Day School) will have to sit out the 2018-19 season, per NCAA transfer rules, and will have a minimum of one season of eligibility remaining with the Bears. He played in 19 games at USF this season with 12 starts and averaged 8.0 points and 5.6 rebounds per game. He snagged a career-high 17 rebounds against FIU on Dec. 11. In 2016-17, he finished second on the Bulls’ squad in scoring as a redshirt freshman, averaging 9.8 points and 6.8 rebounds per game with 20 starts in 30 games. He broke USF’s freshman rebounding record (203) and was a member of Brazil’s 17-and-under national team.

“When coach Ford got the job, he was looking for guys with length, athleticism and toughness,” said MSU assistant coach Jake Headrick. “Da Silva fits that model perfectly. He can play multiple positions in our system and is a proven rebounder at this level.”

Hall (G/F, 6-7, 195, Jr., Houston Texas, Genesis Academy) will also have to sit out a year in residence to meet the NCAA transfer requirement. He will have two seasons of eligibility remaining at Missouri State. A high-level defensive player, he ranked as a four-star recruit by Rivals.com out of high school and made an immediate impact at Nevada the following season. Hall played in 35 games in 2017-18 as a sophomore at Nevada, earning eight starts. He averaged 6.9 points and 3.9 rebounds overall and saw action in all three NCAA Tournament games for a 29-8 Wolfpack squad. He averaged 13.0 points and 5.3 rebound in March Madness games while converting 17-of-25 (.680) field goal attempts in the Big Dance. He also hit the game-winning shot in the team’s NCAA Tournament win over Cincinnati and scored a season-high 25 points against Pacific on the road Nov. 18. As a freshman, he played in 29 games and averaged 3.7 points and 2.6 rebounds with nine starts. In two seasons, Hall’s Nevada teams were 57-15 with NCAA Tournament runs both years.

“Josh Hall is an athletic, skilled, 6-foot-7 guard/forward who will bring a great deal of experience to our program after having played a major role in the Nevada’s run to the Sweet 16 in this year’s NCAA Tournament,” said Bears’ associate head coach Corey Gipson.