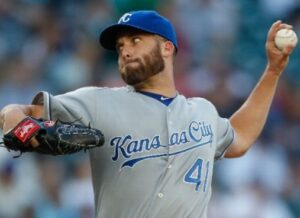 The Royals snapped a season-worst nine-game losing streak with a 1-0 victory over the Astros in Houston.

Danny Duffy and three relievers combined on a two-hitter.

Tim Hill worked a spotless ninth for his first career save.

Rosell Herrera delivered a RBI-triple in the ninth and went over the fence to rob Alex Bregman of a homer in the eighth.

uli Gurriel and George Springer grounded into double plays with the bases loaded to end the Houston sixth and seventh innings.