Planned Parenthood clinics Columbia and Springfield will not be able to offer medication abortions because of a court decision Monday. 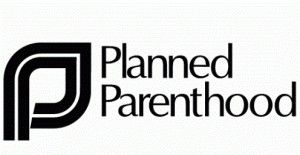 The complication plan stipulates that a medication abortion doctor be contracted with a physician or group of physicians (OB/GYN’s) that have local hospital admitting privileges.

The court acknowledged the regulation would stop the procedure from being performed in Springfield and Columbia as Planned Parenthood established that there are no doctors with admitting privileges in those locations willing to contract with it.

The judge also determined that the regulation has “virtually no benefit” but said Planned Parenthood had not demonstrated that it imposes a substantial obstacle for women to obtain an abortion.

Judge Phillips noted the Columbia clinic already provides surgical abortions, and that the state contended there’s no “legal impediment” to the Springfield clinic performing them.

She said the evidence establishes that “the vast majority” of women in Columbia who prefer a medication abortion but do not wish to travel to Kansas City will ultimately choose to have a surgical abortion.

Judge Phillips further acknowledged Planned Parenthood’s contention that many women prefer to have medication abortions but said women are not constitutionally entitled to access to the procedure that they prefer.

The regulation was formulated by the state Department of Health and Social Services based on an abortion bill passed during a special session of the state legislature in 2017.

Currently, medication-induced abortions are only performed in Missouri at the healthcare provider’s St. Louis and Kansas City clinics although the Kansas City facility is non-operational at the moment because of a transition with providers.

The state is appealing an April 2017 federal district court ruling which barred Missouri from enforcing that provision as well as one requiring clinics to meet hospital-like standards for outpatient surgery.  The ruling freed up the Columbia Planned Parenthood operation to restart surgical abortions.

Monday’s hand down from Judge Phillips is being applauded by Samuel Lee, Director of Campaign Life Missouri.

“This decision is the result of the hard work of pro-life legislators in Missouri, Missouri Attorney General Josh Hawley and his legal team – and especially – the pro-life citizens of Missouri who elected them in the first place,” said Lee.  “Despite all of the efforts of the abortion industry to avoid complying with commonsense health and safety regulations, one federal judge has sensibly determined that helping women victimized by serious drug-induced complications is more important than the “inconvenience” to traveling abortion doctors who are required to retain a local backup OB/GYN to fix their mistakes.”

“It is extremely troubling that the Court would allow a regulation, that it found ‘has virtually no benefit,’ to deny women access to safe, legal abortion,” said Brandon Hill, Comprehensive Health of Planned Parenthood Great Plains President and CEO and Mary M. Kogut, Reproductive Health Services of Planned Parenthood of the St. Louis Region President and CEO.  “Even though the Court found that complications from medication abortion are ’rare,’ and ‘strongly suspected that this requirement has been imposed specifically because (the Department of Health and Senior Services) is aware that it is difficult for abortion providers to comply with it, and simply constitutes a backdoor effort to require admitting privileges in an attempt to avoid (the U.S. Supreme Court decision), the Court still has declined to stop this senseless regulation.”

Another provision in the 2017 legislation passed by state lawmakers is being challenged by the two Planned Parenthood organizations.  That lawsuit is a state case in Jackson County Circuit Court in which they’re opposing the law’s requirement that the performing abortion physician meet with the patient to discuss risks in the procedure 72-hours in advance.