The Missouri Department of Transportation (MoDOT) is reminding motorists that I-70 in Kansas City will be completely closed in both directions this weekend, between I-435 and I-470. 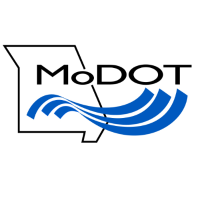 MoDOT resident engineer James Pflum says a good detour is in place, adding that the work is needed so three aging bridges over I-70 can be demolished.

“You know everything kind of aligned where we can take this opportunity to knock these three bridges all out at once and then have a good detour in place to do it all in one weekend,” Pflum says.

Pflum tells Missourinet the Pittman Road, Crysler Avenue and Phelps Road bridges were built in about 1963, making them about 55 years old.

Pflum says motorists must follow the signed detour or find an alternate route.

The Royals baseball team is in Oakland this weekend playing the Athletics.

“We really targeted this weekend as the weekend that we wanted to come in and do the work, with the Royals being out of town and it really just kind of made sense for the area as the best weekend to do that,” Pflum says.

Pflum says crews will start rebuilding the bridges on Monday, with I-70 traffic flowing.

The new bridges are expected to be completed by December, weather permitting.

Click here to listen to the full interview between Missourinet’s Brian Hauswirth and MoDOT resident engineer James Pflum, which was recorded on June 7, 2018:

Previous Post: « For the third year in a row, Mizzou to slash its budget and jobs
Next Post: Mikolas making a case for an All-Star appearance »