The Missouri Department of Health and Senior Services (DHSS) says Saturday’s national drug take back day is an opportunity for you to clean out your medicine cabinet and get rid of old medicines. 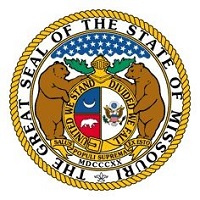 “We don’t want those medications getting into the wrong hands, those unused medications,” DHSS Division of Regulation and Licensure Director Dean Linneman says. “Sometimes you’re prescribed something after a surgery that, you know after about the third day, you probably don’t need that medication.”

Today (April 28th) is your opportunity to drop off unwanted and expired prescription drugs at hundreds of Missouri police stations and sheriff’s departments. Mr. Linneman tells Missourinet that medicines that languish in home cabinets are susceptible to misuse and abuse.

“There is just a bad trend during this opioid epidemic where a lot of the drugs that are found and misused on the street have been found to come from friends and family,” says Linneman.

“Some of that misuse could be something as simple as I’m a high school athlete, I had a knee injury or some sort of athletic injury,” Linneman says.

You can drop off your prescription drugs from 10 a.m. until 2 p.m. today at police stations and sheriff’s offices across Missouri, with no questions asked.

Linneman says the prescription drugs that are collected will be incinerated.

The DEA website says Americans turned in about 912,000 pounds of prescription drugs at last fall’s event.

Click here to listen to Missourinet news director Brian Hauswirth’s full interview with Missouri Department of Health and Senior Services Division of Regulation and Licensure Director Dean Linneman, which was recorded on April 25, 2018: