U.S. Department of Homeland Security official Jeanette Manfra says sensors at the state level and other intelligence have verified that Russia targeted 21 states in the 2016 elections. During a U.S. Senate Homeland Security committee hearing on Tuesday, Missouri Democrat Claire McCaskill said the American people have been misled about Russia’s election interference. 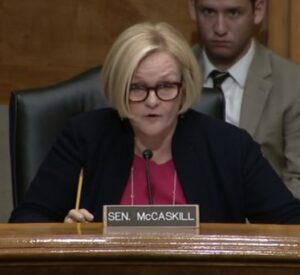 “It’s my understanding that a number of the states don’t have the tools to capture that activity,” said McCaskill. “So, we really have no idea how many states that Russia tried to hack. It’s likely that all 50 states were likely affected and that states that were not on that list were less vulnerable, but that’s simply not true. States not on that list in fact might be more vulnerable.”

Manfra went on to say the majority of states were probably a target but the agency’s work shows hackers scanning for vulnerabilities, not breaking into election systems. Manfra said only a small number of state systems were actually hacked. Federal officials insist there is no evidence of vote tallies being altered.

Missouri Secretary of State spokesperson Maura Browning says the Show-Me State has sensors to indicate possible interference and Missouri is not one of the states showing Russia targeted its elections in 2016.

Seventeen states have requested on-site vulnerability assessments of their election systems. Browning does not disclose whether such testing has been done here but says the state works with the Department of Homeland Security on an ongoing basis.