As tax season reaches its peak, a new analysis shows that Missouri has some of the most favorable conditions for individual taxpayers.  Personal finance website Wallethub rated all 50 states and based its findings on a calculation it calls tax burden rather than tax rates. 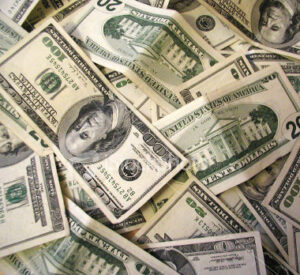 State income tax in Missouri is 5.9% for almost all residents.  Wallethub figures its tax burden by measuring the proportion of total income people pay in state and local taxes.

It compared the 50 states based on what residents pay in property tax, income tax as well as sales and excise tax and determined Missouri to have the 12th lowest tax burden.

According to the Wallethub research, Republican-controlled states generally have a lower individual tax burden than Democratic-leaning states.

The top five highest income tax states – New York, Oregon, Maryland, Minnesota, and California – are all Democratic while the there are seven states with no state income tax – Nevada, Texas, Washington, Wyoming, South Dakota, Florida, Alaska and Tennessee – that are mostly Republican with a couple of Democratic states mixed in.

Missouri, which has become more Republican-dominated in recent years, has made major efforts to lower taxes on the state level.

Even though the state ranks low for income tax burden, an income tax cut went into effect this year, while there are two sweeping tax proposals in the legislature.

The current tax reduction dropped the rate from 6% to 5.9% this year and has triggers based on increases in state revenues that could further reduce the rate to 5.5% over years.  The legislation from former Republican Senator Will Kraus of Lee’s Summit was passed in 2014.

The two proposals now in the legislature would make deeper immediate cuts.

The Senate plan from Republican Senator Bill Eigel of Weldon Spring would cut individual income taxes to 5.25% next year and includes a trigger tied to revenue increases that would bottom out the rate at 4.85% over years.  It also lowers the corporate rate a full percentage point from 6.25%-to-5.25%.

The House proposal from Republican Speaker Pro Tem Elijah Haahr of Springfield reduces the current individual rate to 5% and cuts the corporate rate to 5% as well.

Both plans attempt to claw back revenue losses from the cuts by reducing and eliminating various tax deductions and credits.