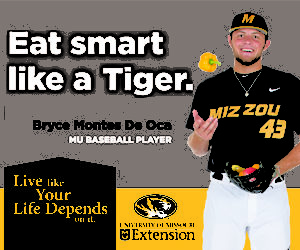 A pair of walks for the Crimson Tide to lead off the third inning set up Alabama junior OF Joe Breaux to knock in a run with a bases-loaded single. The inning continued with a series of a base hit and a Mizzou throwing error that put Alabama up 3-0 early in the game.  The Tigers attempted to chip away at the lead in the bottom half of the inning, with a base hit, stolen base and run scored by sophomore OF Kameron Misner, but that was all for Mizzou on a cold day at Taylor Stadium.

Mizzou will be back in action Tuesday, traveling to in-state foe Missouri State.   First pitch is set for 6:30.

Previous Post: « Democrats in southwest Missouri gather for annual event
Next Post: Mizzou softball picked up a win over a ranked team for the third time this season »