A measure given first-round approval by the Missouri Senate would ensure the state has a functioning Ethics Commission to handle a complaint against the governor. 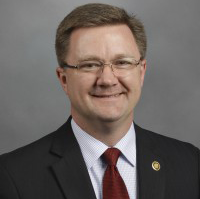 State Senators, including a number from Republican Governor Eric Greitens own party, have suspected that he’s been slow-walking appointments to a commission that’s investigating a complaint against him.

One of the duties of a Missouri governor is to appoint nominees to boards and commissions when vacancies occur, while the Senate provides approval through the advice and consent process.

Complicating the matter for the Ethics Commission is the fact that it’s the only such board in which members’ terms can’t be extended once they’ve run their course.

Three commission members – two Democrats and a Republican – vacated their seats almost four weeks ago because their terms expired.  That left the panel one position short of the four needed to form a quorum on the six-member commission.

Thursday, the Senate adopted a proposal by Republican Senator Bob Dixon of Springfield to temporarily shrink the size of the Ethics Commission to four, thus creating a three-member quorum that could make decisions.

Dixon says the legislation solves two problems that currently exist.  “We don’t have appointments happening during the interim without Senate advice and consent,” said Dixon.  “And it also allows the commission to function because three would be required for the quorum.”

Greitens has made liberal use of interim time periods (when the Senate is not in session) to appoint and replace members to various boards until he got a combination of members that would vote as he wished them to.

He used the process late last year to have the state education commissioner fired.  He also used the same method to ensure there were enough votes to cut funding for low-income housing tax credits.

Because of its current lack of a quorum, the Ethics Commission has been unable to resolve a complaint filed last month by former state Democratic Party Chairman Roy Temple.  Temple alleges Greitens’ falsely reported the way his campaign obtained a donor list from a charity he founded and failed to disclose that it also got the charity’s email list.

Dixon said his measure is partially aimed at addressing the present barrier.

“It just allows them to function,” Dixon said.  “Because it reduces rather than trying to change how they’re appointed, my hope is that that’s enacted.  If it is, then we are guaranteed the credibility of the investigation because the folks that are on there now would actually decide the case.”

The two-term Senator says he’s working with the chamber’s legal counsel to make sure the proposal conforms to state laws.

According to Governor Greitens’ office, Dixon’s measure won’t be necessary.  Spokesperson Parker Briden told Missourinet the Ethics Commission should be functional to address any business before it at its next scheduled opportunity.

“We anticipate the appointments will be made next week, giving the Senate time to consider the nominations before the MEC’s (Missouri Ethics Commission’s) next scheduled meeting on April 25th,” said Briden.

Dixon points out that his measure provides a long-term fix to the issue because it enlarges the Ethics Commission over time to ensure a quorum would always exist.

“Beginning next year, we ramp up so we’ll have a total of eight members on the commission when it’s fully implemented, and two of those terms will come due each year,” said Dixon.

Two additional seats would be added to the commission in 2020 and in 2021 to achieve the stated goal.

Since Dixon’s plan calls for an eight-member commission with two of them cycling out on a regular basis, it’s likely the panel would always have a quorum of at least six members to conduct business.  Ethics Commission members serve four-year terms.

Dixon’s measure does not allow for members’ terms to be extended for the purpose of keeping positions filled as it likely would not be necessary.

The Senate must vote on his plan one more time before it can be sent to the House for consideration.  Governor Greitens would also have to sign the measure into law should it reach his desk.

Previous Post: « Missouri Congressman defends Trump tariffs: “China has been a bully on the playground for a long time”
Next Post: Missourinet 5 p.m. Newscast for 4-6-2018 »