The proposed expansion of a Johnson County cattle operation in western Missouri drew heavy crowds to a public hearing hosted by Missouri’s Department of Natural Resources. 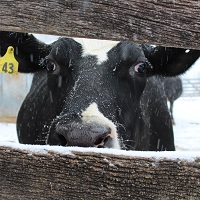 An overflow crowd sought to make their opinions known on plans by Valley Oaks Steak to build a feedlot outside Lone Jack, about 30 miles southeast of Kansas City, that would house almost seven-thousand cattle.

Supporters stressed the need to stand for Missouri’s family farms and finish more cattle in the state, noting that while Missouri ranks second in the number of cattle raised, over 95 percent go to feedlots out of state.

Opponents included several dozen nearby residents who said the feedlot would damage air and water quality, lower property values and endanger their health.

Also speaking against the proposal were regular visitors to Powell Gardens, located three miles east of the proposed site.

Only 150 people could fit into the room where the hearing took place, prompting many to observe in the neighboring gym or remain standing outside.

The Department of Natural Resources has 90 days to review public comment and determine whether to issue the permit allowing construction to go forward.