A southwest Missouri school district has updated its operations for updating parents and staff. 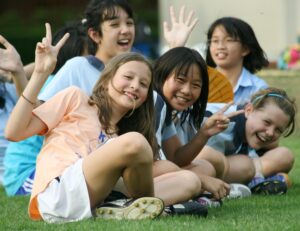 Springfield Public Schools rolled out its new text alert system this week.  The move comes at a time when school safety is a concern after last month’s mass shooting that left 17 students dead at a Florida high school.

Parents with students in the district were scheduled to receive their first message this week.  Julie Dipper, the president of a Springfield elementary school PTA, says she was pleasantly surprised to find out about the new arrangement.

“Well, I was surprised because I wasn’t expecting it,” Dipper says. “This is going to be a good tool to use for the district to let parents know when something is going on that we need to be aware of.”

Emergencies, school cancellations, and weather impacts are among some of the things that will be sent out to parents. Dipper says she’s happy the district’s utilizing text messaging, which is a more direct way of contacting parents than social media.

Hall says the new service is an option parents can opt-out of if they choose.

“There is nothing that you have to do to opt-in,” Hall says. “If they would like to opt-out of receiving those messages in the future, they just need to reply with that message, STOP.”

Some other districts have already implemented these types of alerts, but it is something that Dipper, the local PTA leader, is glad to see as a parent.

“Yeah we probably are a little bit overdue,” she says. “I’m just thankful that we are actually doing it now. Anything the district can do to reinforce the message that communicating to parents is a high priority for them.”

The text messaging service in Springfield is available for parents and staff only, but not for students.

Hall says that they have other ways of quickly communicating with students in the building.

Missourinet media partner KOLR-TV provided the content for this story