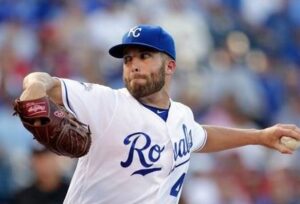 After jumping out to a four run first inning lead, Kansas City saw Chicago score five in the fourth, and three each in the fifth, seventh and eighth as the White Sox downed the Royals 14-7 on Opening Day at Kauffman Stadium.

James Shields gave up four runs before getting an out, but got through six innings to get the win.

Danny Duffy gave up three homers and five runs in four frames to take the loss. Lucas Duda hit a three-run homer in the first for KC, which used nine pitchers in defeat.

Previous Post: « #BillPollockShow – Nothing slows down the great Jackie Stiles (PODCAST)
Next Post: Five run Mets fifth does in Cardinals on Opening Day »