You are here: Home / Business / Missouri lawmaker: MoDOT budget increase is needed because of employee turnover

(This story is written by Missourinet Capitol correspondent Waverly Colville)

The Missouri House Budget Committee has approved a spending blueprint for fiscal year 2019 that would increase funding for higher education, rural education and the Missouri Department of Transportation (MoDOT). 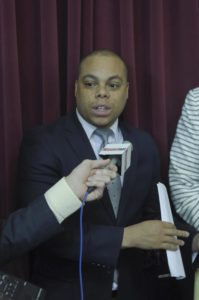 Butler tells the committee the increase is needed, because MoDOT spends a lot of money on employee turnover.

“It pays for itself because of the cost of turnover,” Butler says. “We are surely not paying our MoDOT employees adequately and we have such a high turnover that we’re actually spending more money training employees than we are keeping or retaining them.”

“These are all areas that will tremendously increase access to primary care, dental care and pharmacy care that’s needed throughout the state of Missouri, so we’re very excited about that,” President Choi says.

Other amendments would provide additional funding for rural education.

The blueprint approved by the House Budget Committee is expected to go to the House floor after the legislative spring break.

The Missouri Legislature is required to approve a balanced budget by the first week of May.