Opponents of payday lenders held a gathering in Springfield yesterday to voice support for annual caps on interest rates for short-term loans. 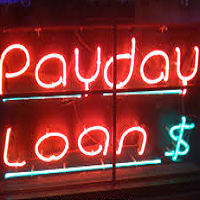 Susan Schmalzbauer, the Faith Voices of Southwest Missouri Congregational Coordinator, said a bill in the legislature would make such loans more manageable for borrowers.

“Missouri Faith Voices supports Lynn Morris’s bill to cap the rate at 36%, all fees included, with the APR at 36%,” said Schmalzbauer.  “We know that protects our families.”

A measure Republican Representative Lynn Morris of Nixa would reduce the annual percentage rate for payday loans from triple-digit interest to 36% per year.

Cheryl Clay, president of the Springfield branch of the NAACP, said payday businesses who are predatory lenders disproportionately target people of color, veterans, the elderly and single working mothers.

“Their unethical business model is not designed to help people, but really actually works to trap people in debt and poverty,” said Clay.

Those gathered at the meeting, which featured speakers from Faith Voices and the NAACP as well as community members, showed less enthusiasm for a measure proposed by Republican Representative Steve Helms of Springfield which would limit the number of short-term loan renewals from six to two.

Such loans typically are renewed when a borrower, who normally starts off with a loan of $500 or less, can’t pay up after two weeks.

Under Helms plan borrowers of payday loans would be able to pay outstanding loans by means of an extended payment plan (EPP) with certain conditions attached.

Interest would not accrue on the loan during the EPP and the borrower would be able to prepay an EPP in full at any time without penalty.

But if the borrower failed to pay the amount due under the EPP, the lender would be able to immediately accelerate the unpaid balance, meaning the borrower would have to pay up immediately or face other penalties.  (If borrowers subject to acceleration clauses in their mortgages cannot pay, then they are considered in breach of contract and the lender can foreclose and seize the property for resale.)

Helm’s also told Missourinet media partner KOLR-TV that he’s against capping the annual interest rate on payday loans at 36%, as Morris’ bill proposes because it would cost more to process the loans than the 36% would give back the lenders.

Members of the Springfield community and certain city leaders have had issues with payday lenders for several years.

The city manager and city council, along with faith and business leaders, identified payday lenders as a leading contributor to poverty in 2016.  They determined that the high interest, short-term loans the lenders offered tend to lead customers into a cycle of debt.

The city sent a letter to the federal Consumer Financial Protection Bureau (CFPB) asking the agency to rein in the lenders’ practices.  The bureau issued a final rule to stop payday “debt traps” last September.

But the rule was put on hold by President Trump’s interim appointee to head the bureau, former Republican Representative Mike Mulvaney of South Carolina.  Under Mulvaney, the bureau also dropped a lawsuit against online lenders charging 900% interest rates.

He contends the short-term loans serve a purpose for people who need quick cash.

Luetkemeyer Is number two among federal lawmakers In the current election cycle to receive contributions from payday lenders, having taken in $39,600.

Springfield City Councilor Mike Schilling, who pushed for the letter to be sent to the CFPB, thinks payday lenders are predatory.

“There’s no way for low-income people, through the regular channels of the finance system to borrow money apparently,” said Schilling.  “Banks don’t want to fool with small loans.  So this other thing has emerged.  And they take advantage and exploit people and get them hooked.”

Pastor Daniel Chisholm of United Heights Baptist Church in Springfield is a member of Faith Values of Southwest Missouri.  His church helped to form an arrangement with a credit union adjacent to his church to offer relief to people in a bind with payday loans.

“They come to us, and if they qualify we can take them across the street to the credit union where our church has an account,” said Chisholm.  “They can secure enough funds to pay off their high-interest loan, and in turn repay the credit union at a substantially reduced rate.”

The loans are backed by church members so the credit unions have a source of collateral.