The Missouri Catholic Conference has taken a prominent role in promoting an abortion bill in Congress. 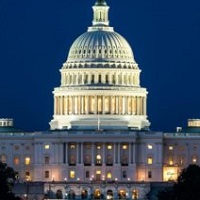 The Conscience Protection Act has been around since 2016 and passed the U.S. House that year as an attachment to funding legislation before being scrapped in the Senate.

The measure would allow health-care providers such as doctors and nurses to bring lawsuits if they’re forced to participate in abortions or if they face workplace discrimination for refusing to do so.

It would also provide the same option for hospitals, health systems, religious organizations and insurance companies that are required to participate in or provide coverage for abortions.

There is already a law called the Weldon Amendment, that prohibits discriminating against health care providers that decline to provide or pay for abortions, but it doesn’t provide for legal action.

Tyler McClay, an attorney with the Catholic Conference, notes the bill has been more narrowly tailored in recent times. “When the Obama administration issued the contraceptive mandate, I think it was broader at that time because they were trying to wrap contraception into that as well,” said McClay.  “But it’s been narrowed down to just address abortion.”

The bill is the brainchild of Republican House Budget Chairwoman Diane Black of Tennessee, who is stepping down from her position to run for governor of her home state this year.  It was dropped from a spending bill late last year and is once again part of House funding legislation that must be approved by March 23rd to avoid a government shutdown.

Catholic bishops nationally chose to organize a congressional “call-in day” is support of the legislation which was supported by the Missouri Conference as well.

The clergy urged U.S. Catholics to flood Congress with emails and calls asking for enactment of the Conscience Protection Act as part of the 2018 funding bill.  (A call-in day was also organized last month was in support of the DACA program to save undocumented immigrants from deportation.)

The conservative House Freedom Caucus and the Pro-Life Caucus have been strong supporters of the proposal from Representative Black, who is a nurse by trade.

The experience of another nurse is perhaps the example most often used to prove anti-abortion health providers are coerced into taking part in the procedures.

In 2009, Cathy DeCarlo, then a nurse at Mount Sinai Hospital in New York was forced to participate in a late-term abortion and has since sought legal action.  She was one of Republican House Speaker Paul Ryan’s guests for the State of the Union address in January.

Right now, those who feel they’ve been discriminated against for refusing to take part in or cover abortions can only file a complaint with the U.S. Department of Health and Human Services.  McClay says the department hasn’t been effective in protecting the rights of pro-life health providers.

“If they’re not going to defend you or take up your cause, then you really have no remedy,” McClay said.  “And so, it kind of depends on who’s in the White House, or who’s controlling the department as to whether you’re going to get relief or not.”

According to McClay, the situation for pro-life health providers is better under President Donald Trump’s administration, which has opened a new branch at the Department of Health and Human Services to protect rights of conscience.

“This could result in hospitals turning away people in serious emergency situations and refusing to provide even information that would allow people to make an informed decision and to seek treatment elsewhere,” said Dreith.

Even if it successfully clears the House as part of the spending plan, it’s unclear how the legislation will make it through the Senate where it’ll need Democratic votes.  Dreith doesn’t think Missouri Democrat Claire McCaskill will warm up to the measure, even though she’s in a tough reelection fight in a Republican-leaning state.

“We see those people like Claire, who are middle of the road and for common sense, rejecting these kinds of extreme measures,” Dreith said.  “I would expect for her to do that again here.”

McClay with the Catholic Conference is holding out hope McCaskill could accept the bill as part of a funding measure, given her support for other legislation preventing discrimination against pro-life health providers.

“I know, for example, that Senator McCaskill has supported the Weldon Amendment in the past, which would lead me to think she’s at least somewhat sympathetic to this issue,” Said McClay.

Other more partisan issues have emerged as possible barriers to agreement on a spending package, such as whether to pay for President Trump’s proposed wall along the U.S.-Mexico border and Republicans attempts to defund Planned Parenthood.