Lubbock jumped out to a 12-6, but both teams stayed within three points of each other from the 4:09 mark of the first quarter until a three-pointer from Megan Skaggs gave UCM a 42-37 lead with 5:39 to play in the third.  Lubbock cut the Jennies lead down to two on four different occasions, but UCM held off each charge.

The Jennies will take on No. 7 seed Union University. The Lady Bulldogs defeated No. 2 seed Carson-Newman 73-70 in the Elite Eight. Tip-off will be at 6 p.m. Wednesday, March 21 from the Sanford Pentagon. 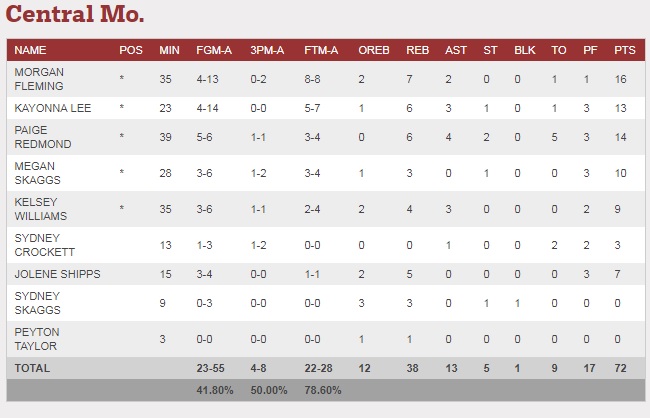