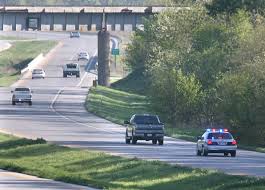 “There’s not necessarily an emphasis on the major roadways,” says White. “It’s troop-wide. It’s every one of those roadways that officers are going to keep an eye on.”

White says getting a ticket for drunk driving is the least of your worries.

During last year’s St. Patty’s weekend enforcement, the patrol handled two fatality crashes statewide. He says the most important part to remember is that drunk drivers can easily kill someone.

White also says about 66% of the people killed in Missouri vehicle crashes this year were not wearing their seatbelts.

Previous Post: « What #Mizzou needs to do to advance past Florida State
Next Post: Bill Pollock Show–BBQ, Music and #Mizzou – the Nashville vibe (PODCAST) »