You are here: Home / Business / Ag group: Foreign ownership of Missouri farmland is a ‘growing problem’

A state House committee is considering whether to ban further purchases of Missouri agriculture land by foreign buyers. Family Farm Action, a 501(c)4 group, supports the legislation and says foreign ownership of Missouri farmland is a “growing problem.” 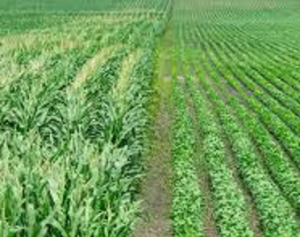 “My biggest concern when we’re dealing with the foreign ownership is the fact that they have zero responsibility as far as the land is concerned. They’re going to come in and use our resources and then leave us with what waste they have left over,” says Williams.

In 2013, foreign ownership of ag land in Missouri was capped at 1% of all ag lands, allowing for previous ownership in three north central Missouri counties where a Smithfield hog operation resides.

Brent Hemphill, a lobbyist for Missouri Pork Association, says the group is opposed to the bill because of Missouri’s voter-approved Right to Farm constitutional amendment.

“It doesn’t say just Missouri farmers, it says ‘farmers and ranchers’ and so we just believe this is a policy decision that is not appropriate for Missouri when we’re trying to sell our commodity products worldwide,” he says.

Supporters of the bill say local farmers and ranchers who care for the land should have a say, not foreign governments, especially China. In 2013, Smithfield Foods was purchased by WH Group of China, formerly “Shineway” International.