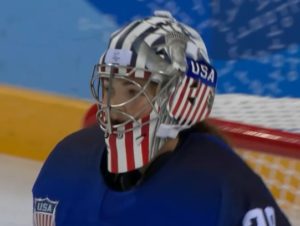 Most kids who excel at hockey at the highest levels, usually start skating soon after they learn to walk.  Nicole Hensley didn’t learn to skate until she was eight years old and her parents didn’t really know much about hockey.  Hear how this young woman went from playing street hockey with a neighborhood friend to becoming a Gold Medal Olympic champion for Team USA.