BRANSON, Mo. – By a vote of 7 yes to 4 no, the Branson Tax Increment Financing Commission resolves support for Branson Adventures, a proposed 446-million dollar resort, and water park development. 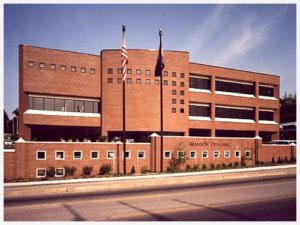 This action is a formal recommendation to city aldermen, who will ultimately decide on the private-public redevelopment plan at an upcoming meeting, to be determined.

During the four-hour meeting last night, commissioners heard from mechanical engineer and former Olympic kayaker Scott Shipley, whose team has been selected to design the showcase attraction – a white water rafting course – along with other features including ziplines, climbing walls, and ropes courses.

“Based on what we’ve seen at other whitewater park locations, that will change the brand of your town,” said Shipley.  “It will bring outdoor adventure recreation to your town.  And what you’re hearing from these experts is that’s sort of where tourism is headed at this point in time.”

While nearly everyone who spoke during the hearing voiced favor for the development concept, the use of public funds and specifically those beyond TIF capture was the sticking point for opponents, and for the commissioners who voted against the plan.

In addition to a 50-percent TIF capture, the developers are seeking “supplemental contributions” from the city amounting to another 25-percent of taxes generated by Branson Adventures, including general sales tax and tourism tax revenue.

The developers project Branson Adventures will generate 798-million dollars in total revenues over the course of the TIF.