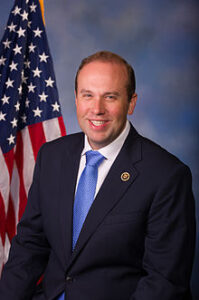 U.S. Rep. Jason Smith, R-Salem, made his first public comments about Greitens’ indictment to Missourinet, saying he’s disappointed to see any bad news about people you serve with.

“In tort reform, regulation reform, cutting almost a third of regulations and fulfilling campaign promises that he made in regards to making Missouri open for business,” Smith says.

Smith tells Missourinet he worked closely with Greitens on efforts to land a steel mill and try to re-open the former Noranda smelter in New Madrid County.

“And I can tell you I’ve worked with him hand-in-hand over the last year in trying to bring more employers and more jobs to southeast Missouri,” says Smith.

New Madrid County’s average household income has dropped by $6,000, since Noranda closed in 2016. About 900 people lost their jobs, and the closing took a $50 million payroll out of the community.

Greitens has noted that nine out of the state’s ten poorest counties are in southeast Missouri.

Congressman Smith says it will be up to the voters to decide Governor Greitens’ future. Smith is the GOP Conference Secretary on Capitol Hill.

Smith spoke to Missourinet late Thursday afternoon outside the Kirkpatrick State Information Center in Jefferson City, after he filed for re-election to a third full term. 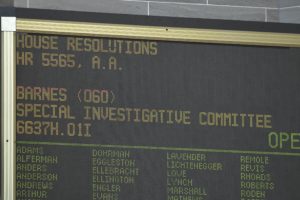 The Missouri House voted 154-0 on March 1, 2018 to approve a resolution authorizing an investigation into Governor Greitens (photo courtesy of Tim Bommel at House Communications)

A bipartisan Missouri House committee will investigate the charge against Greitens, who’s been indicted in St. Louis City on one felony count of invasion of privacy.

Barnes told the Capitol Press Corps last week that the committee will question witnesses on both sides.

“We’re going to do so in a way that is fair, thorough and timely,” Barnes said at last Monday’s press conference.

The Missouri House voted 154-0 on Thursday to approve a resolution authorizing an investigation into Greitens’ indictment. If good cause is found, the committee could draft articles of impeachment to be reported to the House.

Click here to listen to the full interview between Missourinet’s Brian Hauswirth and U.S. Rep. Jason Smith, R-Salem, which was recorded on March 1, 2018 in Jefferson City: