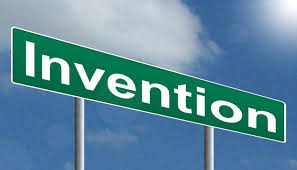 It’s a technique that inventors at Missouri University of Science and Technology are calling one of a kind.

The FDA approved the product called Mirragen and it uses bioactive glass to heal chronic wounds like people with diabetic foot ulcers and bed sores.

The inventors of the product told KOLR-TV of all the ways there are to heal chronic wounds, this is the most effective option for patients that they’ve seen.

“This patient was like ‘Man you have angel wings, I want to hug you because you’ve already healed my wound that I’ve been trying to treat for years and you healed it in one week and no other product was able to do that’ “, said Lewis.

It’s one of many testimonies that Lewis, who is President and CEO of ETS Wound Care, the place that commercializes Miragen, says he hears frequently about the product.

“We are the first product in the world to have bioactive glass in our product for wound care and no else in the world has ever tried that,” says Lewis.

Bioactive glass is an inorganic material, meaning it’s man-made allowing for minimal to no chance of disease transmission. It’s also something that co-inventor, Dr. Steven Jung, says is unique in aiding in the healing process of chronic wounds.

“The reason we use glass fibers for this is when a person is injured, if you cut your hand, the first thing that’s going to occur is you’ll get a blood clot and that’s a natural process. These fibers mimic the exact same micro-structure of what that blood clot does,” says Young.

“What I saw in my experience was that the wound bed continued to be cleaner than it would have been without the product, cleaner than other products that I was using,” said Earl.

It’s true there are many different ways to heal chronic wounds.  But Mirragen co-inventor Dr. Delbert Day thinks his cure is the best.

“All of them are more complicated and less effective than the glass fiber,” said Day.

The goal for the product is for it to also eventually be used in the military.