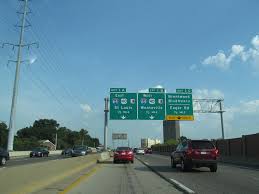 Republican State Representative Justin Alferman of Herman, who is sponsoring the proposal, recently presented it in front of the House Transportation Committee.  He says it’s meant to have an immediate impact on drivers.

“You hit a highway worker, (and) you will automatically lose your license until you go back to the DMV, pass your eye exam, pass a written exam and then pass a driver’s test as well,” said Alferman.

The bill as written states that a suspended license can be reinstated if the impacted individual passes both the written and driving parts of the driver’s license examination, or upon a final determination of the matter in court or by an administrative hearing that awards no points for causing or contributing to an accident.

The measure also includes language meant to protect innocent drivers by barring records related to reinstatement from being used as evidence in other matters.  It further calls for the records to be closed to the public.

The proposal would apply to both state and privately contracted workers in construction zones.  It’s a response to the death of a retired Missouri Department of Transportation (MoDOT) employee who returned to the agency for seasonal work.

55-year-old Lyndon Ebker was working traffic control in Franklin County in April 2016 when state troopers say he was struck by an 80-year-old man.  Last year Representative Alferman, whose district includes Franklin County, successfully sponsored a bill to rename a bridge on Highway 100 in the area after Ebker.

At the hearing on the current proposal, Ebker’s daughter, Nicole Herbel, read an account by an eyewitness who was recalling thoughts over a five-second period.

“His legs are so broken, it doesn’t even look like they have bones in them anymore,” said Herbel.  “How can bones be broken and twisted like that.  I didn’t put my cheek close to his mouth to see if he was breathing.  I didn’t do these things because after viewing his entire body, there was no way he could not be dead.”

Herbal recalled that her father’s body flew 41-feet during the incident and noted that the person behind the wheel who struck him never lost driving privileges and still has a valid license.

The driver was charged with second-degree assault and driving without insurance.  Herbal said she’s attended every court hearing since the charges were filed.

A number of committee members brought up concerns during the bill’s hearing that it could have unintended consequences.  Republican Representative Becky Ruth of Festus suggested a driver hit by another vehicle and pushed into a worker could be improperly penalized.

“I wouldn’t want to see that person who’s already a victim of an accident, who may be injured or hurt as a result of that accident have further penalties assessed on them or have any further hardship,” said Ruth.

When pressed by Republican Representative Nate Tate of St. Clair on the enforceability of the bill on out-of-state drivers, Alferman admitted Missouri had no jurisdiction to do so.

Republican Representative Kevin Corlew of Kansas City, a practicing attorney, suggested the bill include a provision allowing for a hearing to satisfy due process requirements.

“I would recommend looking at the process that we already have for the administrative suspension of license, and maybe taking a look to see if there’s something that we could do for drivers who injure construction workers.”  People facing DUI accusations who have their licenses suspended have 15 days to request a hearing to contest the charges.

MoDOT Director Patrick McKenna spoke in favor of the bill during its hearing, where he informed committee members that the Department has a solution at its disposal if it determines drivers are a threat to its workers.

“We can close the road and do the work behind barriers,” said McKenna.  “Now that’s a great inconvenience to the public, but if the workers are so subjected to unsafe conditions, that would be the responsibility of the Department to do so.”  McKenna said MoDOT could use the option if it found drivers to be overly distracted or if courts failed to properly enforce traffic fines.

“Driving through the state I think each and every one of us have seen those signs on our highways that say ‘Hit a worker, $10,000 fine, lose your license’,” Alferman said.  “It was a shock to me to realize that is merely a scare tactic and is not actually the case.  Many of you on this committee will probably be surprised to know that we put up those signs and they don’t really have a whole lot of merit.”

The House Transportation has not scheduled a date to vote on the proposal that would suspend licenses when drivers hit construction workers.