A report released by U.S. Senator Claire McCaskill, D-Missouri, says the top five opioid manufacturers gave nearly $9 million in five years to 14 pain management groups. She says the organizations have often “amplified messages favorable to increased opioid use”. McCaskill says several of the groups profiled received most of their outside contributions and grants for certain years between 2012 and 2017 from opioid makers – creating a bias or an appearance of a bias. 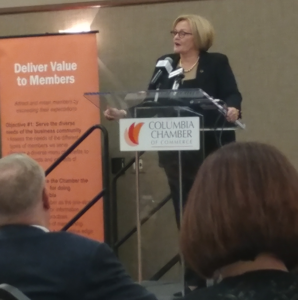 According to McCaskill, the under-investigated dimension of the connections between the pharmaceutical industry, the medical community, government, and the public ultimately has generated a national public health crisis.

“The pharmaceutical industry spent a generation downplaying the risks of opioid addiction and trying to expand their customer base for these incredibly dangerous medications and this report makes clear they made investments in third-party organizations that could further those goals,” she says. “These financial relationships were insidious, lacked transparency, and are one of many factors that have resulted in arguably the most deadly drug epidemic in American history.”

Her findings include groups like the American Academy of Pain Medicine, U.S. Pain Foundation, Washington Legal Foundation, and Academy of Integrative Pain Management.

McCaskill says many of the groups have also lobbied against policy changes meant to reduce addiction. She says the Washington Legal Foundation criticized 2016 Centers for Disease Control and Prevention (CDC) prescribing guidelines that recommended limits on opioid prescriptions for chronic pain as procedurally flawed and tainted by bias. According to McCaskill, the Washington Legal Foundation received $500,000 from Purdue Pharma between 2012 and 2016. She says most of the groups profiled in her report strongly criticized these guidelines.

According to news reports, several of the organizations say the donations did not influence their work and make them bias.

Manufacturers targeted in her report were Purdue Pharma, Mylan, Janssen Pharmaceuticals, Depomed, and Insys. It also says additional payments of $1.6 million from the drug makers were made to physicians affiliated with these groups between 2013 and the present.

Due to their classification under the U.S. tax code, she says the advocacy groups have no obligation to disclose their donors publicly – creating a “troubling lack of transparency”. McCaskill is drafting legislation that would require these organizations to release their funding details.