The U.S. Senate begins work today on proposed changes to federal immigration policies. Diana, an immigrant who came to Missouri illegally as a child, tells Missourinet at the state Capitol that her focus has shifted since President Donald Trump’s move last year to end a program that lets immigrants called Dreamers temporarily live, work and go to school in the U.S. 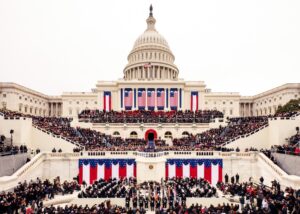 “We knew this was our home, but there was a sense of urgency to come up with a plan in case any of us were ever detained and to know what to do,” she says. “I think that’s something we need to instill more in our community that they are prepared for anything that can happen but that they don’t feel like this isn’t their home.”

She says her extended Missouri family of about 20 feels like they shouldn’t be doing things if they don’t have to.

“There’s a lot of uncertainty in our family,” she says. “Everyone is worried about even just doing the simple things like driving.”

“We can’t just stand down. Even though there’s fear, we won’t let fear rule our lives,” she says. “We are humans too and we deserve equal rights like everyone else.”

Trump, R, has shifted to say he supports a pathway to citizenship for the 1.8 million Dreamers but he wants $25 billion in return to expand the U.S.-Mexico border wall. Finding a deal that pleases the more conservative House and president could take weeks. A program that affects Dreamers is set to expire on March 5.