A Missouri House committee will consider legislation on Wednesday in Jefferson City that would create a fund dedicated to emergency bridge repairs. 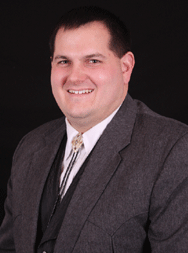 The House Transportation Committee will hold a public hearing Wednesday morning at 8 about the bill, which is sponsored by veteran State Rep. Bart Korman, R-High Hill.

Korman’s proposed “emergency bridge repair and replacement fund” calls for $100 million annually from general revenue to the Missouri Department of Transportation (MoDOT) for bridges that are in critical condition.

MoDOT Director Patrick McKenna has said that Missouri has about 10,000 bridges, and that more than 2,000 of them need work.

Missouri’s fuel tax hasn’t been increased since 1996. The state’s gasoline and diesel tax are both currently 17-cents a gallon.

Under Korman’s bill, the state treasurer would be the fund’s custodian and be in charge of investing moneys in the fund in the same manner as other funds are invested. Any interest earned would be credited to the fund.