Mothers Against Drunk Driving (MADD) National President Colleen Sheehey-Church and MADD Missouri volunteers are holding a gathering at the Rotunda of the state capitol in Jefferson City Tuesday at 11 a.m. to call on legislators to restore funding for sobriety checkpoints. 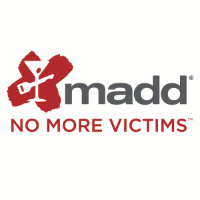 Last year, as part of the 2018 budgeting process, the legislature reduced funding for sobriety checkpoints to $1.

“This (sobriety checkpoints) is an important law enforcement tool that serves as both a deterrent to anyone who might drink and drive and also to catch those who make the dangerous decision to drink and drive,” a statement from MADD said.

According to Missouri House Budget Committee Chairman Scott Fitzpatrick, drunk driving check-points were stripped of all but one dollar in the chamber’s budget for the current fiscal year because another tactic, saturation patrols, is more effective.

“Check points are becoming avoidable,” said Fitzpatrick.  “There’s literally apps now that’ll tell people if there’s a check point anywhere. So they just drive around them. Saturation patrols get more people off the road. They cost less money per arrest.”

According to the Centers for Disease Control, a meta-analysis found that checkpoints reduce alcohol-related crashes by 17 percent, and all crashes by 10 to 15 percent.