You are here: Home / Business / How much did Missouri offer to Amazon in tax incentives? Billions.

State officials said Missouri pitched a bold, innovative, and practical proposal to retail giant Amazon to build its future second headquarters in the Show-Me State. How bold? According to documents obtained by Missourinet from the state Department of Economic Development, Missouri put up to $2.4 billion over ten years on the line in mostly tax incentives to woo Amazon here. St. Louis and Kansas City offered their own proposals and the state’s was meant to work in harmony with the other two. 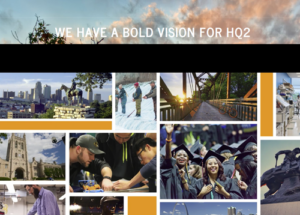 How much did Missouri offer to Amazon in tax incentives? Billions.

Missouri’s bid apparently wasn’t bold enough for Amazon. Missouri, Kansas City and St. Louis did not make the final cut of 20 cities seeking to clinch the top prize. Respectfully, more than 200 cities were originally in the running. At stake was the creation of 50,000 new jobs and a $5 billion investment by Amazon that has drawn interest from cities all over North America. New Jersey has reportedly offered $7 billion over 10-20 years.

“We spoke directly with Amazon officials earlier Wednesday, and their feedback on the Missouri proposal was incredibly positive. We may not have made the final cut, but they definitely took notice of our pitch. We collaborated across the state and we showed, not just Amazon, but the world that Missouri is innovative and willing to take on bold new ideas. That’s something every Missourian should be proud of,” Dixon tells Missourinet.

In addition to the statewide proposal that was sent to Amazon, Dixon says Missouri also provided a state incentives package that was included as part of the St. Louis and Kansas City proposals.

“If Amazon were to choose either city, those packages would have required legislative approval,” says Dixon.

Missouri’s pitch included an innovation corridor that would have linked St. Louis, Columbia and Kansas City and a high-speed tube-like transportation network, such as Hyperloop. The futuristic mode of transportation would get people from Kansas City to St. Louis in 31 minutes, with a pitstop in Columbia.

“The thing that I’ve learned on economic development is, once you put you best foot forward, even though you don’t get the deal, there’s always a deal behind the deal that some other entity is going to say ‘Man that was a really fine presentation of those two cities. Maybe we could go there.’ That’s how we had Ford and we tried to get Bombardier years ago,” says Richard.

He goes on to say Missouri can’t win them all.

“Those are deals that happen once every 100 years. 50,000 people. We would have had to have people coming in from 300 miles away to fill that. We need to do a lot of things to get ready for those mega projects,” says Richard.

Click here to view the State of Missouri’s entire proposal.