A law passed by the state legislature in 2015 requires the state to issue refunds to tax filers within 45 days or pay interest on a delay in delivery.  The audit by Galloway’s office found that 1.2 million out of 1.8 million refunds paid last year could have been delivered late by up to four months without any interest being paid. 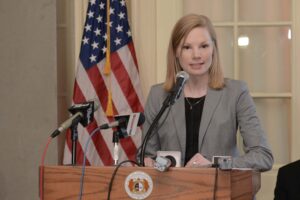 The examination found that 155,000 refunds were paid with late interest in 2017, an increase of 86 percent.  In addition, it revealed at least 400,000 people were reimbursed late with no interest payment.

Among other things, the audit found that the Department of Revenue had $200 million worth of refunds processed and ready to be paid at one-point last year.  Delivery was delayed, however, when the Office of Administration directed the money to be used on other spending priorities first.

Galloway said the governor’s office has been inappropriately diverting taxpayer money.  “The administration is balancing its checkbook on the backs of individual taxpaying Missourians – that is simply unacceptable,” Galloway said. “Throughout this audit, my office received thousands of calls and e-mails from taxpayers who were rightfully frustrated because they were not receiving the money they were owed. ” 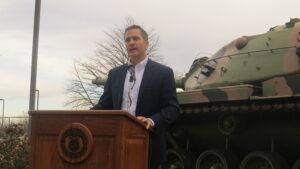 The report further found taxpayers pay a much higher interest rate when making late payments than the state is required to reimburse on delayed refunds.

Residents pay 4 percent interest and a 5 percent penalty when filing late, while the state does not compensate taxpayers for late refunds, except in extreme cases.  According to the audit, the Revenue Department doesn’t necessarily pay refunds in the order they were received, and selectively pays larger returns to avoid large interest payments.

Galloway said that it addition to obstructing the audit, the Greitens administration refused to provide the standard written assurance it had not withheld relevant information from her staff.

In response, Greitens’ spokesperson Parker Briden said the administration provided everything that the auditor was entitled to, which is why she had to withdraw her subpoena.

“Her stunts were simply an attempt for headlines,” said Briden.  “While Auditor Galloway is playing politics, and posturing for the press, the Governor is working to deliver tax relief for Missouri families and fix the messes that liberal politicians like her have created.”

Galloway is the only Democrat holding a statewide office, and is up for reelection this year.  Greitens is a Republican who was elected governor in 2016 in his first run for public office.

Briden called Galloway’s accusations a cheap ploy from a Democrat who is desperate for headlines.  “The only thing that is unprecedented is the Auditor actually taking an interest in this issue—she ignored it under the previous administration,” said Briden.  “We’re changing many flawed practices from the past, and this is one of them.”