A far-reaching utilities bill in the Missouri Legislature is either a consumer-friendly measure that caps rate hikes, or a gift with a kiss to corporations, depending on who you ask. 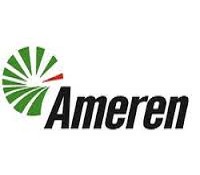 Republican Senator Ed Emery of Lamar, who’s sponsoring the bill, has introduced similar legislation a number of times.  Its key components this year allow investor utilities such as Ameren and Kansas City Power & Light to invest more than $1 billion in infrastructure upgrades, while limiting rate hikes to three-percent a year.

Emery says the bill is intended to encourage utilities to upgrade their power grids.  “That seems to be the one thing that has benefitted other states the most in terms of energy costs,” said Emery.  “Illinois, for example, once they went to a modernized grid, have reduced electricity costs, or at least Ameren in Illinois, has reduced costs at least three times.”

Illinois passed legislation in 2011 that reformed the rate structure and required that state’s big utilities to make significant upgrades to an aging power grid.

John Coffman with Consumer’s Council of Missouri takes issue with any claim that utilities in Illinois are dropping rates.  “I don’t understand the comparison to Illinois,” said Coffman.  “Illinois’s rates have been going up almost automatically every year, based on the law that I think was terrible for consumers that passed in 2011.”

Numerous numerous utility rate reductions have actually been reported in Illinois since 2011.  The Belleville News-Democrat reported in April of 2017 that Ameren Illinois was submitting a plan with the Illinois Commerce Commission to lower rates for residential customers by approximately $1.70 per month.

The Consumer’s Council represents residential rate payers before the state legislature and Public Service Commission, which is the state agency that oversees the utilities.

Coffman claims Ameren inserted the current bill into legislation during a special session in 2017 that was called by Governor Greitens to address economic issues in Misouri’s Bootheel region.  Numerous lawmakers threatened to vote against that measure until objectionable language was stripped from it and a consensus was reached for approval.

Senator Emery thinks there’s a growing consensus that the state’s 100-year-old energy regulations are hurting Missouri’s economy and modernization of the power grid.

Among other things, he says his bill addresses a building problem with “resiliency”, which refers to the time it takes to get power back on after an outage.  “Ameren, for example has a very good reliability record, but has fallen year-after-year in resiliency, and it takes longer and longer to get power restored.”

Coffman counters that Ameren in Missouri outperforms its Illinois counterpart in both reliability to keep power on, and in resiliency to restore it quickly.  “If you look at the indicators about the frequency and duration of electric outages, Ameren Missouri has been more reliable than Ameren Illinois for the past several years,” Coffman said.

Ameren is the largest supplier of electricity in Missouri, and one of the two most prominent utilities in Illinois.

Senator Emery contends the legislation supports bending the cost curve for electricity downward by keeping rate increases from exceeding 3% a year on average.

“It’s effectively a cap in that there’s a severe penalty if they exceed that three percent,” Emery said.  “The penalty far exceeds what they would gain by exceeding the three percent.  No manager is going to keep his job who lets his company get outside that 3%, because of the penalty that would be imposed.”

The bill calls for a $25 million penalty for exceeding a 3% yearly rate increase if the utility has more than a million customers.  Ameren, the only such utility in Missouri, has annual revenues of approximately $2.7 billion.

David Woodsmall with the Midwest Energy Consumers Group calls the penalty for Ameren “chump change”. “The shareholders would put these guys up for sainthood.  The thought that no one would keep their job for passing (exceeding) this rate cap, that’s not true.”

Power companies exceeding the cap that have between 200,000 and one million customers would be subject to a $6 million penalty, which would impact Kansas City Power & Light and Empire District (which serves portions of southwest Missouri, including Joplin).

Another portion of the legislation calls for the utilities to track their costs down to the penny in four categories – property taxes, transmission, cyber-security and depreciation on investment.  Emery explains that these “trackers” will keep the utilities honest by bringing rates down if their expenses are reduced.

“The public service commission would have an opportunity at the next rate case to say, ‘You gained a million dollars that we had not anticipated, so we’re going to build that into your next rate’.  And it’s going to drop it.”

Woodsmall with the Midwest Energy Consumers Group contends the trackers will hurt rather than help customers.  He says the utilities made sure the legislation only called for the tracking of expenses that constantly increase.

“Since these costs are only going up, and they’re going to track it down to the penny, those costs are going to be passed through, so that’s harmful to ratepayer,” said Woodsmall.  “Good for the utilities, harmful for rate payers.”

Senator Emery claims the bill allows rates to be lowered to reflect the big drop in corporate tax rates recently signed into law by President Trump.  Woodsmall says the measure contains no such language.

The legislation has received the support of several large business groups, including the Missouri Chamber of Commerce as well as the state’s retailers and grocers associations.  Senator Emery says they’re drawn to the bill because it offers predictability and certainty.

“Those are the big keys to them.  That’s what they essentially have to be convinced of, is that yes, we’re going to have more predictability under this statute than we currently have in statute.”

David Overfelt, President of the Missouri Retailers Association issued a statement to Missouri, saying, “We strongly support capping rates and strengthening oversight where applicable to the debate, but lawmakers will have to still find a compromise for all the impacted or opposing consumers”.

Woodsmall notes the Midwest Energy Consumers Group represents the interests of large commercial and industrial customers.  He says the legislation was written by utilities at the expense of all other businesses.

Senator Emery says he’s working to get the measure assigned to and passed through a committee, and onto the floor of the Senate by late January or early February, which would be relatively quick action in the Missouri Legislature.