The Missouri Supreme Court is set to determine whether a convicted double-murderer will have a chance to clear himself in the near term. 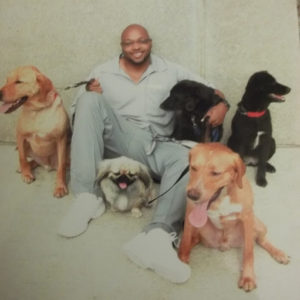 Attorneys for Ricky Kidd were scheduled to get a hearing before Jackson County Circuit Judge Sandra C. Midkiff last July to argue his innocence and ask for his immediate release.

That plan was derailed days before the case was scheduled when the Missouri Supreme Court stayed the hearing after Attorney General Josh Hawley filed a motion to temporarily block the proceedings.

Hawley argued that because Kidd is not incarcerated in Midkiff’s jurisdiction, she is not empowered to hear the case.  In court documents filed for the Supreme Court, the attorney general’s office contends Kidd’s argument can only be heard in the county where he’s in custody.

They claim that since he’s serving his sentence in Dekalb County, the state prison there, the Crossroads Correctional Center in Cameron, is where he’s in custody.  They further claim the Crossroads Warden is the only relevant custodian, and the only proper authority over Kidd’s argument for release.

Kidd’s attorneys contend in documents they filed for the high bench that the proper venue to hear his argument is the Jackson County Circuit Court since it was there his attorneys filed for new DNA testing.

Those tests found insufficient DNA to provide results, but Judge Midkiff determined that if there had been enough DNA to draw conclusions, it would have provided evidence that others, not Kidd, had committed the murders.

Kidd had been transferred to the Jackson County Detention Center in Kansas City in 2016 to testify at a hearing to state a case for DNA testing before Judge Midkiff.

Department of Corrections spokesperson Karen Pojmann told Missourinet Wednesday that Kidd is currently being held at the Kansas City Detention Center awaiting a civil case, but stipulated his “assigned housing” is at Crossroads Correctional Center in Cameron.  The attorney general’s office claims it’s not enough for Kidd to be confined in Jackson County to determine it’s where he’s in custody.

Kidd was convicted in 1996 of a double murder that witnesses said involved three men.  He became the lead suspect from an anonymous tip that his attorneys suspect came from one of the actual killers.

Kidd claims he and the mother of his child were at a Jackson County Sheriff’s Office at the time of the murders, filling out an application for a gun permit.  (There was no online capability at the time.)

He and his co-defendant, Marcus Merrill, were convicted together even though a third person was never located.   After his appeals were exhausted, Kidd’s case moved to a federal district court.

It was there that Merrill testified that it was he and a father and son, Gary Goodspeed, Sr., and Gary Goodspeed, Jr., had committed the crime.  Evidence collected by investigators since the original trial that corroborated Merrill’s testimony was also presented.

But since the federal court’s legal standard states that evidence cannot be “new” if it was able to be discovered at the time of original trial, Kidd was denied a new court case or release from prison.

One eye witness at the original trial, Richard Harris, has also recanted his testimony that he saw Kidd commit the murder while walking nearby the incident.  Kidd’s attorneys contend Harris originally testified against him under threat of the Goodspeeds.

Kidd is being represented at present by three attorneys who are working through the Midwest Innocence Center.  Before the Supreme Court, they’ll be defending Judge Midkiff’s decision to hear his argument for release.

Some high-ranking law enforcement personnel have lobbied for Kidd’s release after examining the circumstances of his conviction.  In December 2016, Kansas City Police Commissioner Alvin Brooks sent a letter to then Governor Jay Nixon, asking him to pardon Kidd.  Nixon declined.

At least one state lawmaker has been critical of efforts by Attorney General Josh Hawley’s office to block Kidd’s petition for release in Jackson County.

Democratic Representative Brandon Ellington of Kansas City is suspect of Hawley’s motives, given the parties who now think he was wrongly convicted.

“You have several prominent people in the criminal justice community that came out and said that he was innocent of the murder.  And it’s also highlighted by the anomalies in the case.  And now you have the attorney general intervening in the case. Why?”

The Supreme Court will hear the case next Wednesday in Jefferson City.