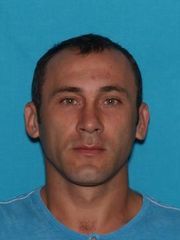 The suspect, 33-year-old Viktor Bandurovskiy, has reportedly had a history of domestic abuse, drug use and has made threats towards the child. He could face charges including kidnapping.

On Saturday, the toddler’s mother reported her son and vehicle had been taken from her during a visitation on Friday by the boy’s biological father. After police determined the child could be in danger, an Amber Alert was issued Sunday evening.

Cox says the suspect made reference to visiting family in Texas. Authorities picked up Bandurovskiy’s cell phone signal in the Houston area and worked with local law enforcement there to locate the father and son.